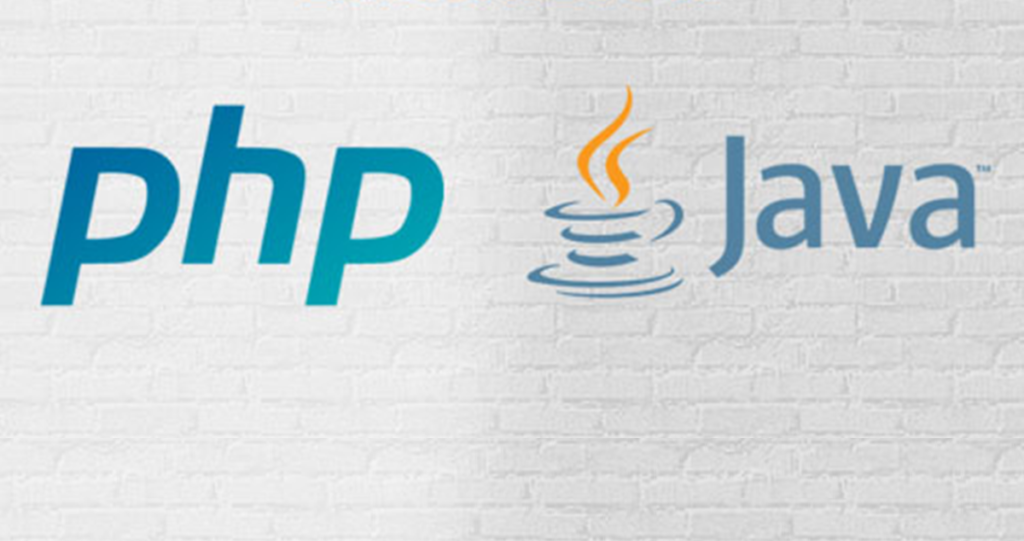 Posted at 18:48h in Blog by administrator 0 Comments
0 Likes

Choosing a technology platform is important for your business, but also knowing the programming languages ​​underneath. Next, we explain the differences between PHP vs. Java: opt for the best one for web development in 2021.

While knowing various programming languages ​​can bring you many benefits. But, to secure your career, you must choose a language. If you think of PHP or Java, today we help you choose the best option.

Today we will describe some features of PHP and Java. Before choosing the correct programming language in 2021, you can carefully read the points described. Once you have gone through each of them, you will recognize the importance of PHP and Java and know which is preferable depending on the case. Moreover, find the differences between PHP and Java.

What language (PHP vs Java) is preferable?

Both languages ​​have many of their own characteristics, so it is necessary to take them into account before using one language or the other in your project.

The PHP code can be executed in various ways, as they can embed PHP code in HTML code using the script tag or execute the PHP code using the content management system. Many times this fact makes the code in PHP dirtier compared to other languages.

On the other hand, Java source code needs to be compiled into bytecode. Furthermore, it runs in a Java virtual machine. The Java Virtual Machine (JVM) is run by a CPU on which Java bytecode runs smoothly.

PHP is a scripting language used in web design and development. Initially, it does not support object-oriented features, but now it also supports OOP features. For this reason, many websites are using PHP as an object-oriented programming language.

On the other hand, Java is an object-oriented language that supports some functional paradigms such as lambda expression and anonymous functions. It is also a language with much stronger data and variable typing than in other languages. These paradigms are important for writing some modular software applications. For this reason, many programmers prefer Java to build business applications, as it provides the benefits of modern programming.

Java has great editors like Netbeans, IntelliJ, and Eclipse that increase the productivity of managing large products. PHP has a plug-in for Eclipse, Netbeans or the same PHPStorm.

Java can be debugged using all editors, but PHP only debugs using only the Print statement. Although there are tools like PHP’s X-debug that help debug code problems.

In PHP, you only use files. There is no concept of packaging here.  Java uses packaging tools like ANT, Maven, Editors, Web start, and so on.

Although both languages ​​provide security for its user, PHP lacks some of the built-in security features compared to the other programming language. Therefore, programmers have to employ the various PHP frameworks’ security features to protect their business applications.

While Java comes with advanced security features, it provides complete security to its user. It allows developers to create the client and the server to exchange data through secure transfer protocols. For web application development or business applications, many developers prefer Java over PHP.

PHP is an open-source programming language that allows the user to develop any code without paying any fees. Programmers use the PHP framework to develop business applications and customize the server-side scripting language according to their business development needs.

PHP parses the file and issues the stream for each call. There is no compilation process in PHP. However, in the CGI model, the compilation does not make sense.

Although Java was previously described as a slow JVM, it is highly optimized for speed: compile-time only. Java compiles JSP files and JITs hotspots axiomatically.

In Java, the session is kept on the server for the client, where the PHP session is destroyed each time.

PHP and Java are very similar, but PHP is a server-side scripting language and Java is a client option. Using PHP code will run on the real server, while Java can run on the client computer. If the client does not have a Java runtime environment, the web page will not appear.

Saying that one web programing language is better than another is not a good idea. It all depends on your problem and the type of project to be carried out. As a general rule, Java is generally known as the industry standard, while PHP is free and has many resources. After reading all the above points, you will know which programming language you can use depending on your needs and approach to the project.